Skip to content
HomeHealthNausea During Pregnancy: Causes, Complications, and Treatments

Many women suffer from nausea during pregnancy, some with greater others with less intensity; some only a few days, others until the day of delivery.

When a woman becomes pregnant , she undergoes many changes in her body. Some have proven scientific explanations; others don’t. The nausea, common in a large number of women in state of pregnancy , especially in the early months , is one of those symptoms that do not have a specific cause. Still, there are some remedies to mitigate, at least in part, its presence.

WHAT CAN BE THE CAUSES OF NAUSEA DURING PREGNANCY?

The hormonal changes are certainly a fact in a pregnant woman . The increase in some hormones, such as Human Chorionic Gonadotropin or estrogen, markedly during the first weeks of gestation, could be related to the appearance, in the same periods, of vomiting and nausea.

THERE IS NO PROTOCOL TO MITIGATE THEM

Apart from the physical causes, the nervousness and even stress that getting pregnant can cause in some women, can contribute to some extent to having an upset stomach that leads to nausea.

HOW TO RELIEVE DISCOMFORT?

In the same way that the causes of nausea and vomiting are not clear, there is also no strict protocol that helps mitigate them or make them go away . But there are some indications verified by many expectant mothers that help to bear them.

A woman who has nausea, when she wakes up or has not eaten for many hours, suffers from it to a greater extent. That is why many doctors advise eating little but frequently throughout the day to prevent both the stomach from being too full and from being empty. Saltine crackers can be a good solution to eat between meals or in the evening. In the same way, it is also important not to stop drinking, in small amounts , throughout the day.

AVOID SITUATIONS OF STRESS OR FATIGUE

In this sense, trying to consider the months of pregnancy as a quiet period of life can avoid bad feelings in the stomach. Breathing deeply, not getting too tired and running away from stressful situations can not only help curb nausea but also help you cope with the situation with greater serenity.

If these indications are not effective, you can resort to medications that mitigate nausea but always under the doctor’s control.

Many women suffer from nausea during pregnancy, some with greater others with less intensity; some only a few days, others until the day of delivery . But we must bear in mind that while nausea does not cause continued vomiting or prevent a relatively normal life, we must try to combat them with small remedies or consult our doctor . And always knowing that in principle they do not have to affect the baby and that sooner or later they will disappear. 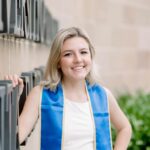